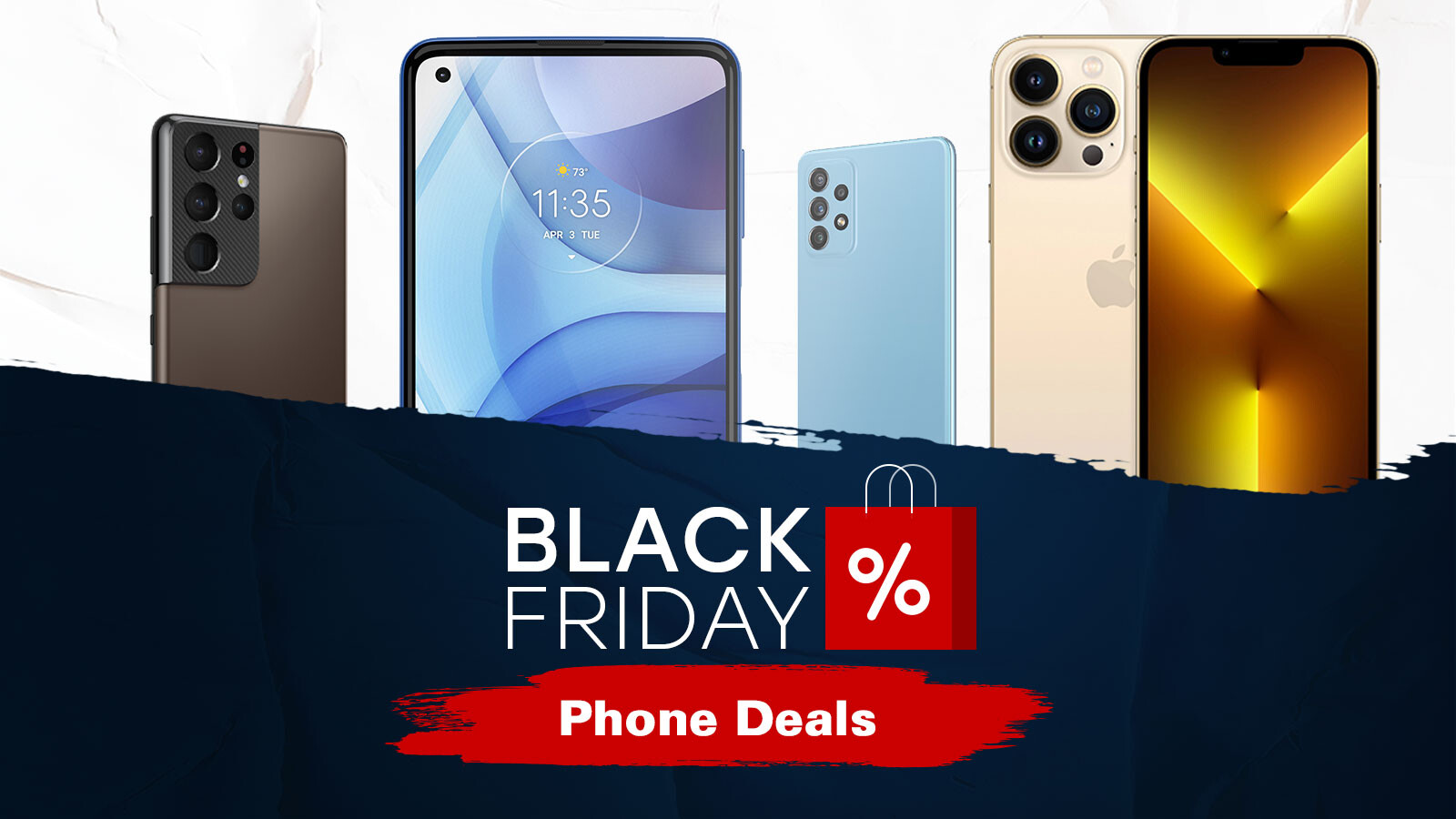 Below we have for you all the best Black Friday phone deals available, with even more to come tomorrow when the event officially starts! Feel free to bookmark this page and stay tuned, so you won’t miss any smartphone discounts that could be perfect for you and your family, during the biggest annual shopping event.

This year’s Black Friday event is on November 26, 2021 – the day after Thanksgiving. But as always, many retailers have begun promoting the event days and even weeks prior to that date. And just like how we already see early Black Friday phone deals popping up, we usually have remaining discounts offered well into the following weekend past the day of the event, so we can consider November 28th as its unofficial ending.

We have plenty Black Friday smartphone deals to show you, which include discounts on Samsung’s cutting edge folding phones – the 2021 Galaxy Z Flip 3 and Z Fold 3. Apple’s iPhones, being some of the most sought-after tech products on Black Friday, are also part of some great Black Friday deals. This is the perfect time of the year to buy a flagship phone for less! Here are the best offers right now:

What is Black Friday? For well over a decade, Black Friday has been considered the biggest annual shopping event. Each year during the Black Friday event, stores and online retailers reduce the prices of many of their products, which can include smartphones, smartwatches, tablets, laptops, headphones, smart speakers and more.

Black Friday is not an official holiday, although some do refer to it as a shopping holiday. Certain states such as California consider the day after Thanksgiving to be a holiday, which is also the day of Black Friday. In those states schools, universities, colleges and non-retail private businesses may be closed on Black Friday.

In addition to regular price cuts, some stores and carriers may have special deals for their products, such as BOGO (buy one get one free), or may offer gifts with certain purchases (e.g. free wireless earbuds with your new smartphone). Stores and carriers all have their own flavor of Black Friday phone deals, and as the competition has never been more fierce, those discounts and offers are getting bigger and bigger each year.

Why Black Friday is important to you? As the biggest shopping event of 2021, Black Friday would likely be the best time for you to get the smartphone, tablet or other tech gadget you’ve always wanted at a lower price; sometimes significantly lower than the regular. In which case, it would be wise to stay in touch with the best available deals before, during and after the Black Friday event, which we’ll have for you right here!